What is Common Pleas Court?

The Lucas County Court of Common Pleas is the trial court of general jurisdiction. This means that it hears felony cases as well as civil disputes where the amount of money in controversy exceeds $500 and also has exclusive jurisdiction over civil cases exceeding $10,000.

Judges in the General Division


There are various specialized units within each operation. Ten judges currently serve in the general division. As a part of their judicial office they conduct pre-trials, schedule deadlines, rule on motions, and hear both jury and bench trials.

The Court Administrator, under the direction of the judges, is responsible for overseeing the non-judicial functions of the court including the following Departments: 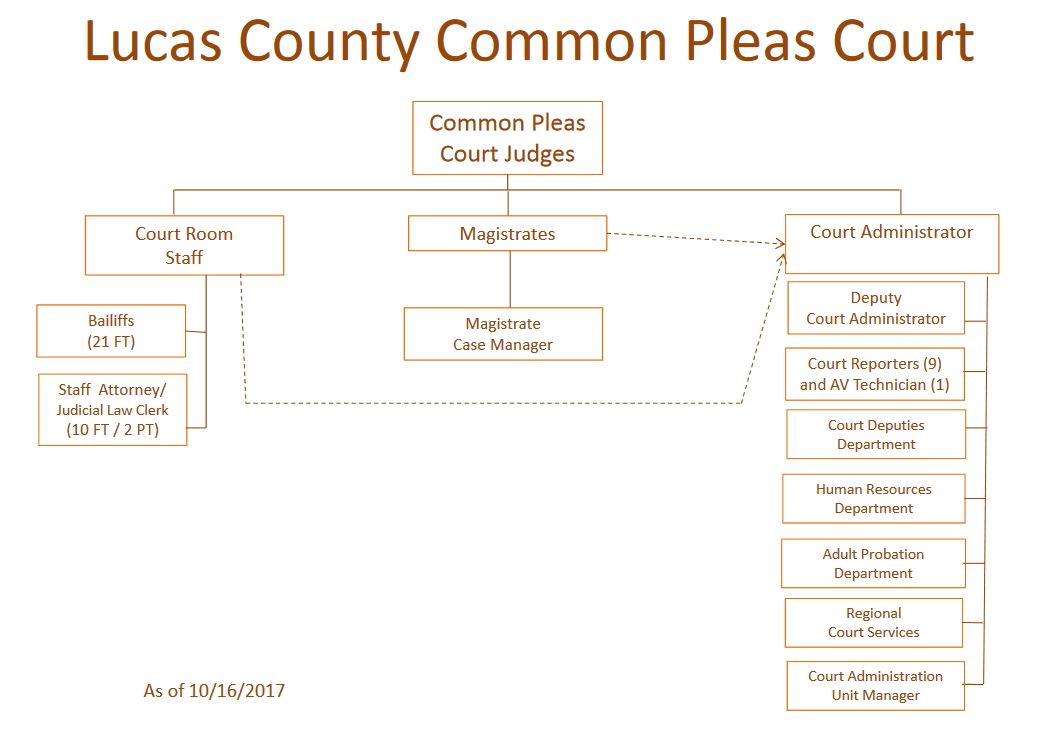 View All
/FAQ.aspx
View All
/QuickLinks.aspx